Home » Generators » Westinghouse » WGen7500
WE ARE PROUD TO BE INDEPENDENT AND IN NO WAY ASSOCIATED WITH MANUFACTURERS. TO STAY UNBIASED, WE DO NOT ACCEPT FREE PRODUCTS. WE EARN FROM ADVERTISING FEES PAID BY AMAZON, ACME TOOLS OR EBAY ON QUALIFYING PURCHASES.

The Westinghouse WGen7500 is a portable open frame generator with a rated wattage of 7,500 W and a starting wattage of 9,500 W.
(Read full specs) 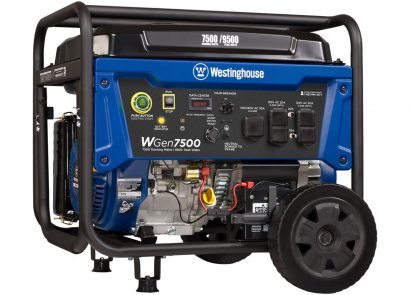 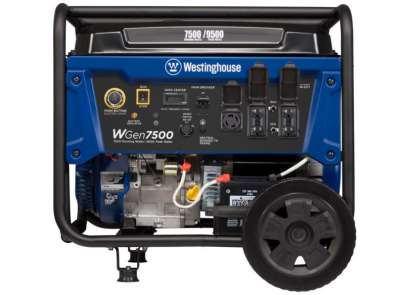 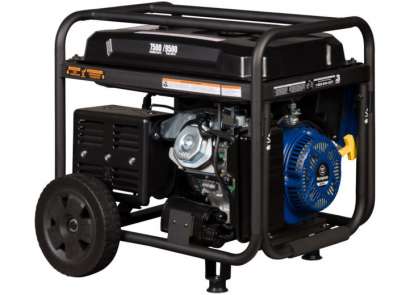 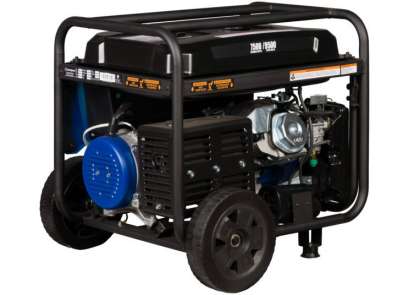 Set Price Alert
×
Notify me when the price drops
Set an alert for the Westinghouse WGen7500 - Current lowest price: $799.00

Zoom on the Westinghouse WGen7500

In summary, the Westinghouse WGen7500 is a portable generator especially useful for: 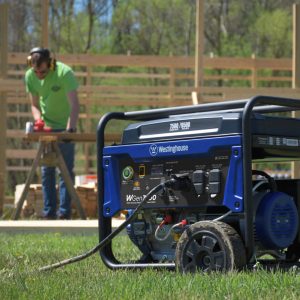 The generator is rated for a noise of 72 dBA (just slightly more noisy than a dishwasher). Its starting mechanisms include a simple traditional pull-start mechanism and a convenient and easy-to-use electric starter (battery included). The WGen7500 can also be remotely started, offering further convenience (separate purchase).

The fuel capacity of 6.6 gallons allows the WGen7500 to operate for up to 16 hours with a full tank (fuel consumption around 0.41 GPH).

Since the WGen7500 has a somewhat high THD (<23%), it is advisable to not use it for the powering of sensitive electronic devices.

Since the WGen7500 bears a twist-lock L14-30R receptacle, it is transfer switch ready: it is easily connectible to a breaker box and can power your home in case of a power outage. 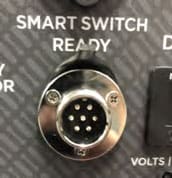 The WGen7500 is what Westinghouse calls Smart Switch Ready. This means that it features a special outlet that allows for an automatic transfer of power in case of a power outage.

To benefit from this feature, you'll need the Westinghouse ST Switch (opens in a new tab), which is not included with the generator.

Simply put, the ST Switch is a cost-effective and versatile portable automatic transfer switch, which can be installed quickly and easily, without an electrician.

The Westinghouse WGen7500 has a conventional, open frame design, of the following dimensions: L27.2 x W26.1 x H26 in, which offers support and allows it to be raised above ground level. The device has been designed for tough environments and demanding outdoor use.

While the generator is considered to be technically 'portable' (in the sense that you can move it), manually lifting and transporting it may be challenging, due to its high weight of 196 lbs. Nevertheless, it can still be moved quite conveniently with the help of its wheel kit (⌀10") and its folding handle, once it is placed on the ground. 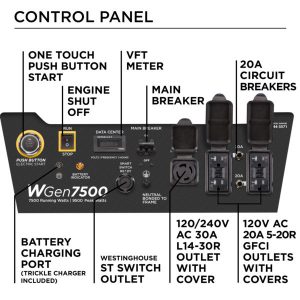 The WGen7500's control center features a convenient meter showing you voltage, frequency and lifetime hours to aid you with the monitoring of its status and activity.

Besides the classic documentation and an owner's manual (opens in a new tab) to get you promptly started, the Westinghouse WGen7500 also comes with some accessories: battery charger, tool kit, funnel and oil are included. An official storage cover is also available, as a separate purchase.

The Westinghouse WGen7500 is EPA-approved and CARB-compliant. Thus, selling and purchasing this generator is allowed in each of the 50 states, including California.

The Westinghouse WGen7500 versus other generators

The following charts are provided to give you an idea of how some of the key specs of the Westinghouse WGen7500 compare to generators of similar power (between 7000 and 8000 W).

As you can see from this interactive chart, when compared to other 7000-8000W generators, the Westinghouse WGen7500 is on the cheap side of the price range.

Do you own the Westinghouse WGen7500 and agree (or disagree) with these strengths and weaknesses?

The US based Westinghouse Outdoor Power Equipment is a legacy subsidiary of the Westinghouse Electric Corporation, founded in 1886. While the company has been acquired and merged into the American CBS, the Westinghouse name remains as the brand name for many of their electrical solutions, which stretch across the scale from power plants to portable generators. Portable generators – the main product of the Outdoor Power Equipment branch of Westinghouse – used to be manufactured by Westpro Power Systems, which was bought in 2016 by Midwest Equipment. Lawn equipment, such as trimmers and blowers, is also sold under the Westinghouse brand name. All of their products are designed in the US. However, several sources report that they are in many cases manufactured in China.

The Westinghouse WGen7500 is covered under a warranty for up to 3 years. This warranty may be limited and may not cover all parts of the generator.
For more information about the warranty of Westinghouse generators, please consult Westinghouse's warranty policies (opens in a new tab). Alternatively, you can also contact their Customer Support: 1-855-944-3571.