Home » Generators » WEN » GN875iX
WE ARE PROUD TO BE INDEPENDENT AND IN NO WAY ASSOCIATED WITH MANUFACTURERS. TO STAY UNBIASED, WE DO NOT ACCEPT FREE PRODUCTS. WE EARN FROM ADVERTISING FEES PAID BY AMAZON OR HOME DEPOT ON QUALIFYING PURCHASES.

The WEN GN875iX is a powerful open frame inverter generator with a rated wattage of 7000 W and a starting wattage of 8750 W.
(Read full specs) 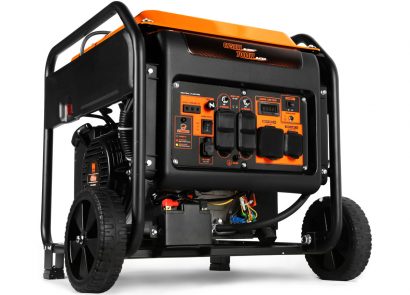 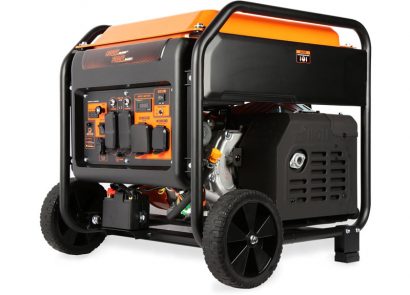 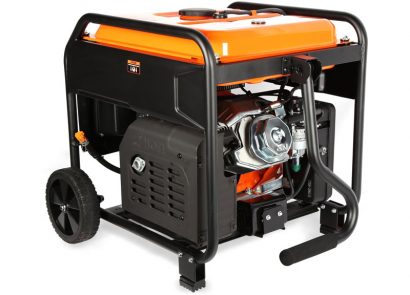 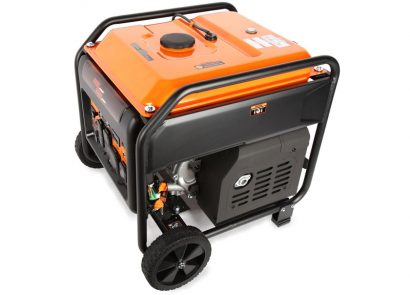 The WEN GN875iX is the newer version of the GN875i. It's a powerful portable inverter generator mostly geared towards:

This inverter generator can be started thanks to a conventional pull-start mechanism, but also to a simple and elegant electric starter (battery included).

Sensitive electronics can be safely plugged in the AC outlets, as the GN875iX produces a clean sine wave, with a <1.5% Total Harmonic Disruption (THD).

In addition, it provides 2 DC outlets: there's two 5V USB ports (USB-A) with which you may charge electronics, for example mobile phones or tablets, conveniently.

This WEN generator is RV Ready, thanks to its TT-30R receptacle (TT stands for 'Travel Trailer'). In addition, due to the featured twist-lock L14-30R receptacle, the GN875iX is transfer switch ready: you may connect it to a breaker box to power your household during a power outage.

The WEN GN875iX has a conventional, open frame design, of the following dimensions: L26.8 x W26.4 x H23.2 in, which offers support and allows it to be raised above ground level. The featured design is ideal for the outdoors and all tough environments.

Although this generator is technically considered 'portable' (in the sense that it can be moved), its 136.7 lbs make it incredibly difficult to manually lift and transport. However, this lack of maneuverability is compensated by its set of wheels and its folding handle, with which you can conveniently shift it, once it's on the ground. 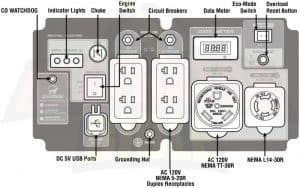 The GN875iX's control center features a convenient meter, which displays voltage, frequency and lifetime hours to aid you with the monitoring of its status and activity.

The inverter generator allows for a quick, easy and convenient assessment of its gas level, as it is equipped with a built-in fuel gauge.

The unit also benefits from WEN's CO Watchdog carbon monoxide detection. This system measures the accumulation of poisonous CO gas while the generator is running. If the level of CO gas gets too high, the CO Watchdog system will automatically shut down the generator. It’s a welcomed additional security feature, but don’t forget to always take your generator outside (opens in a new tab).

Apart from the typical documentation and an owner's manual (opens in a new tab), which lets you start it right away, the WEN GN875iX also is packed along with the following accessories: tool kit and 2 altitude kits. An official storage cover is also available, as a separate purchase.

The WEN GN875iX is EPA-approved and CARB-compliant. It can therefore be sold and purchased in all 50 states, including California.

The WEN GN875iX versus other generators

The following charts are provided to give you an idea of how some of the key specs of the WEN GN875iX compare to generators of similar power (between 6500 and 7500 W).

As you can see from this interactive chart, when compared to other 6500-7500W inverter generators, the WEN GN875iX is on the cheap side of the price range.

Do you own the WEN GN875iX and agree (or disagree) with these strengths and weaknesses?

WEN Products, founded by Nick Anton in 1951, is an American power tool manufacturer and distributor, which claims to have a part in the development of modern chainsaw, soldering devices and wet sharpeners, through its research in random orbital technology. The Illinois based company expanded its distribution network to include various power tools, such as presses, drills and of course, power generators. As a distributor, WEN’s portfolio largely consists of branded products of different manufacturers, imported from Asia.

The WEN GN875iX is covered under a warranty for up to 2 years. This warranty may be limited and may not cover all parts of the generator.
For more information about the warranty of WEN generators, please consult WEN's warranty policies (opens in a new tab). Alternatively, you can also contact their Customer Support: 1-847-429-9263.