Home » Generators » Honda » EU1000i
WE ARE PROUD TO BE INDEPENDENT AND IN NO WAY ASSOCIATED WITH MANUFACTURERS. TO STAY UNBIASED, WE DO NOT ACCEPT FREE PRODUCTS. WE EARN FROM ADVERTISING FEES PAID BY RETAILERS ON QUALIFYING PURCHASES.

The Honda EU1000i is a quiet, compact and lightweight inverter generator with a rated wattage of 900 W and a starting wattage of 1000 W.
(Read full specs) 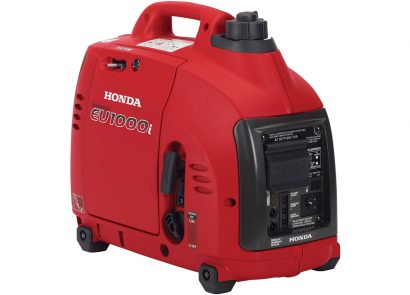 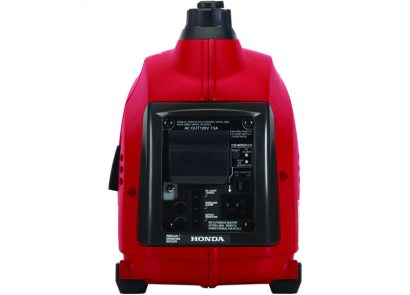 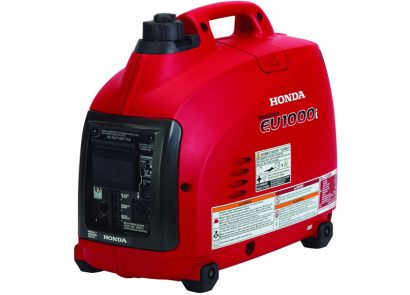 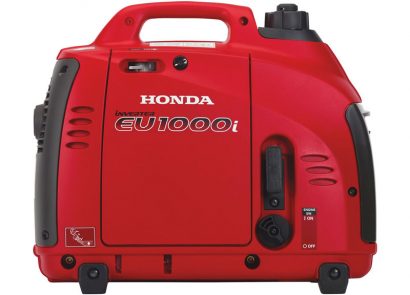 In summary, the Honda EU1000i is a quiet, compact and lightweight portable inverter generator especially useful for:

The Honda EU1000i houses a 49.4 cc Honda GXH50 OHV 4-stroke engine, which provides 120V, consumes gasoline and delivers a running wattage of 900W along with a peak wattage of 1000W. In addition, as it is parallel capable (Honda parallel cables (opens in a new tab) not included), this power can be doubled when linked to another similar or compatible unit.

The inverter generator boasts with a low noise rating of 42 dBA (just slightly more noisy than bird calls) which earned its spot in our 10 quietest portable generators. Its starting mechanism is based on a conventional pull-start mechanism.

As the Honda EU1000i is an inverter generator, its encased design (L17.8 x W9.5 x H14.9 in) offers more aesthetics than a conventional, open frame product. The featured design follows the latest trends and is ideal for easy and recreational use.

Labeled a lightweight portable generator, the EU1000i weighs just 28.7 lbs. The generator can be moved with ease by only one person and so it can be enjoyed on-the-go. It can also be carried without effort with a featured handle (molded in the case), further improving its convenience.

Good to know: This unit ranks 6th in our list of the 10 smallest portable generators. 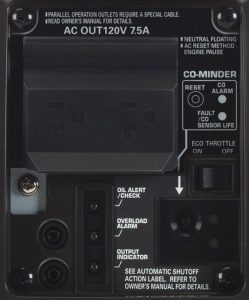 As for its security measures, the device features an overload protection (circuit breaker) and an automatic low oil shut-off (Oil Alert®), letting you use it with a peace of mind.

As for its accessories, apart from the previously mentioned features, the Honda EU1000i also comes with the basic documentation and an owner's manual (opens in a new tab), allowing you to start it right away. An official storage cover is available, as a separate purchase. 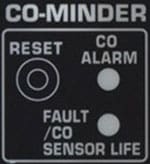 The Honda EU1000i is EPA-approved and CARB-compliant. Thus, selling and purchasing this generator is allowed in each of the 50 states, including California.

The Honda EU1000i versus other generators

The following charts are provided to give you an idea of how some of the key specs of the Honda EU1000i compare to generators of similar power (between 500 and 1500 W).

As you can see from this interactive chart, when compared to other 500-1500W generators, the Honda EU1000i is on the expensive side of the price range.

Do you own the Honda EU1000i and agree (or disagree) with these strengths and weaknesses?

The Honda EU1000i is covered under a warranty for up to 2 years. This warranty may be limited and may not cover all parts of the generator.
For more information about the warranty of Honda generators, please consult Honda's warranty policies (opens in a new tab). Alternatively, you can also contact their Customer Support: 1-770-497-6400.