Home » Generators » Dewalt » DXGNR4000
WE ARE PROUD TO BE INDEPENDENT AND IN NO WAY ASSOCIATED WITH MANUFACTURERS. TO STAY UNBIASED, WE DO NOT ACCEPT FREE PRODUCTS. WE EARN FROM ADVERTISING FEES PAID BY EBAY, HOME DEPOT, ACME TOOLS OR WALMART ON QUALIFYING PURCHASES.

The Dewalt DXGNR4000 is an open frame portable generator with a rated wattage of 4000 W and a starting wattage of 5000 W.
(Read full specs) 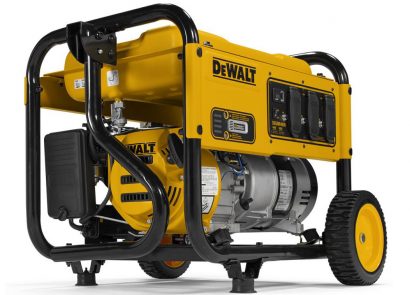 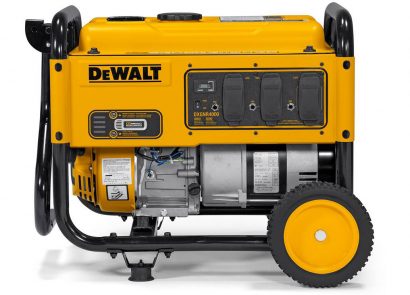 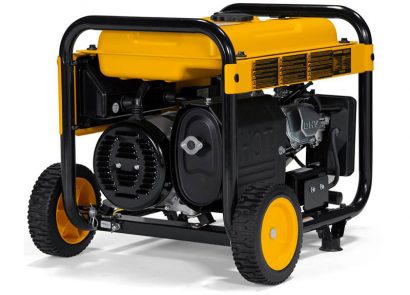 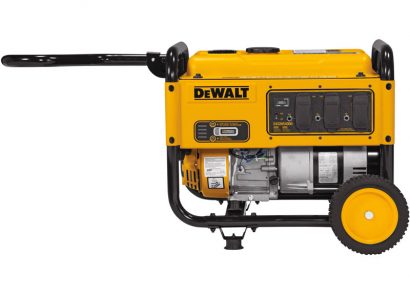 Set Price Alert
×
Notify me when the price drops
Set an alert for the Dewalt DXGNR4000 - Current lowest price: $549.00

The 4000 Watt Portable Gas Generator is powered by a 223cc engine with low oil shut off which protects the engine from damage. CO-Protect Technology automatically shuts down the generator if carbon monoxide levels become unsafe or rapidly increase. This generator is equipped with covered outlets to help protect it from even the toughest jobsites and features heavy duty wheels for transportation and durability. The 3.4 Gal. steel fuel tank provides up to 10 hours of runtime at 50% load. The 1 ¼” steel tube frame helps protect it from jobsite conditions. (source: Dewalt (opens in a new tab))

Zoom on the Dewalt DXGNR4000

In summary, the Dewalt DXGNR4000 is a portable generator especially useful for:

This generator gets running thanks to a conventional pull-start mechanism.

This Dewalt generator isn't quite RV Ready, but it features an L5-30R receptacle, allowing a simple RV connection through an L5-30P to TT-30R adaptor.

The Dewalt DXGNR4000 has a conventional, open frame design, of the following dimensions: L23.7 x W23 x H21.4 in, which offers support and allows it to be raised above ground level. The featured design is ideal for the outdoors and all tough environments.

As the generator's weight is 119 pounds, manually moving it or transporting it may be challenging, despite the fact that it is technically considered 'portable' (movable). Nevertheless, thanks to its wheel kit and its folding handle (a decent solution to its lack of maneuverability), the generator can be easily moved, once placed the ground.

One of the many DXGNR4000's features is the data center, included in its control panel, which conveniently provides information on the lifetime run hours and thus, helps you monitor its activity and status.

The DXGNR4000 also benefits from Dewalt’s CO Protect carbon monoxide shutdown. If CO levels become unsafe or rapidly increase, the generator is automatically shut down. It’s a welcomed additional security feature, but don’t forget to always take your generator outside (opens in a new tab).

Apart from the typical documentation and an owner's manual (opens in a new tab), which lets you start it right away, the Dewalt DXGNR4000 also is packed along with the following accessories: funnel and oil.

The Dewalt DXGNR4000 is CARB-compliant. Therefore, its sale and purchase are permitted in all of the 50 states, including California.

The Dewalt DXGNR4000 versus other generators

The following charts are provided to give you an idea of how some of the key specs of the Dewalt DXGNR4000 compare to generators of similar power (between 3500 and 4500 W).

As you can see from this interactive chart, when compared to other 3500-4500W generators, the Dewalt DXGNR4000 is on the average side of the price range.

Do you own the Dewalt DXGNR4000 and agree (or disagree) with these strengths and weaknesses?

DeWalt is a well renowned, US-based, tool and power equipment company, founded in 1922 by Raymon DeWalt. DeWalt is nowadays a subsidiary of the Stanley Black & Decker corporation, owns 7 manufacturing facilities in the US and offers a large selection of products, from screwdrivers to portable generators. DeWalt’s portable generator line consists of conventional, open designs of various outputs, some of which are powered by Honda engines. However, unlike many of their tools, they are apparently not all made in the US and are manufactured by Generac.

The Dewalt DXGNR4000 is covered under a warranty for up to 3 years. This warranty may be limited and may not cover all parts of the generator.
For more information about the warranty of Dewalt generators, please consult Dewalt's warranty policies (opens in a new tab). Alternatively, you can also contact their Customer Support: 1-800-4-DEWALT (800-433-9258).