Further down the page, you'll find some explanations regarding the key similarities and differences between the WEN 56380i and the WEN DF400i.

As the 56380i and the DF400i are both WEN generators, they benefit from the same level of quality and attention to detail.

The following charts are provided to show you at a glance how the main specs of the WEN 56380i compare to the WEN DF400i.

Fuel Shut Off: The WEN DF400i benefits from a fuel shutoff feature, which turns off the flow of fuel, allowing for the generator to use up the remaining fuel from the carburetor before automatically shutting down. This helps fight the build-up and blockages caused by stagnant fuel inside the carburetor, minimizing maintenance while prolonging the unit’s lifespan. 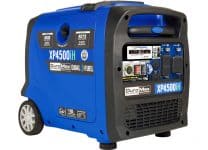 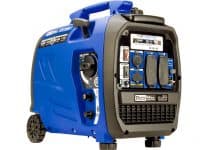