Tropical storms are no joke. The unrelentless force of nature annually costs countless lives and dollars in damages throughout Northern America and the world. It is up to each of us to prepare as best as we can for the hurricane season. To help you out, we bring you a brief summary of NOAA’s (North Oceanic and Atmospheric Administration) annual hurricane forecast. The report further details the mechanistic aspects of the current season. La Nina is currently ongoing and will likely persist throughout the season. Sea-surface temperatures remain above the average across the Atlantic Ocean and the Caribbean Sea. Tropical Atlantic trade winds are weaker than the average and west African monsoon is enhanced, which will lead to strong African Easterly Waves that typically seed the strongest hurricanes during the season. Combined, these factors will most likely lead to the 7th consecutive above-average season (opens in a new tab).

Additionally, NOAA continues to improve its products and services to provide us information faster and more accurately. These improvements include first-time deployment of uncrewed ocean gliders and aircraft drone systems, updates to the Weather and Climate Operational Supercomputing system and expanding the Excessive Rainfall Outlook from three to five days, which you can now see for yourself online in its experimental implementation. The prediction ominously resembles that of the last year. The 2021 hurricane season (opens in a new tab) ended up meeting the upper end of the forecast. In numbers, the 2021 season gave us 21 named storms, 8 hurricanes and 4 major hurricanes. Most notably, 2021 season cost 194 fatalities and over USD 80 billion in damages, marking it the third-costliest season on the record, exceeding even the record high 2020 season with (31 named storms, 14 hurricanes and 7 major hurricanes).

We remind that the „normal season“ was reclassified in 2021 guidelines due to the increased storm activity in the past two decades. Reports of normal seasons and, moreover, above-normal season should therefore not be taken lightly. Both our website and NOAA recommend visiting FEMA’s portal Ready.gov (opens in a new tab) to learn how to prepare for hurricanes and downloading the FEMA mobile phone app (opens in a new tab), which sends its users timely alerts of upcoming storms. We urge you to also consider flood insurance to protect your household and spread hurricane awareness in your community. 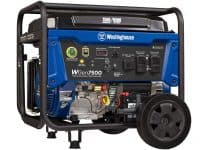 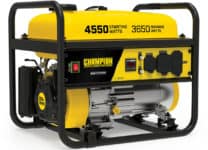