Inverter Generators And Their Benefits Over Standard Ones

Let’s start with what an inverter is. An inverter is an electrical device used to convert direct current (DC) to alternating current (AC).

For example, you may be familiar with a common 12 V DC battery inverter, which is used to convert 12 V DC input into 120 V AC output. The inverter receives its DC input from a battery, usually a car battery or a deep-cycle battery. This DC is “inverted” to AC, giving them the name “Inverters.” However, these inverters, no doubt a good source of power, can only produce an output power of a few hundred watts.

But what if we need high power? 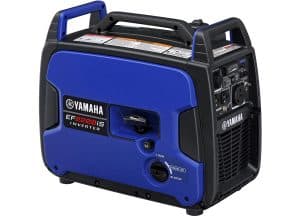 Units such as the Yamaha EF2200iS are called portable inverter generators

The generator generates high frequency AC power. The AC is then converted to DC, by a device called a rectifier (opens in a new tab), and then inverted back to clean AC power. The process of conversion from DC to AC removes any ripples and fluctuations that you encounter in the conventional generators.

Let’s have a look at some of the key advantages of the inverter generator over a conventional generator. 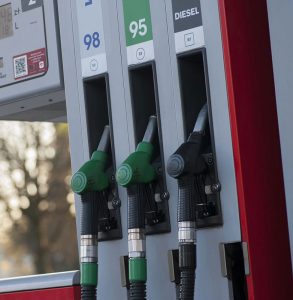 Fuel consumption should be considered

A conventional generator operates at a constant speed to maintain a required frequency of the output. For example, in the US, appliances are designed for 60 Hz. To maintain this frequency, the generator needs to operate at 3600 rpm. Whatever the amps drawn, the engine will operate at full speed, even if we only need to light a single 100 W bulb. This high-speed results in high fuel consumption and a lot of noise.

Contrary to this, an inverter generator can adjust its speed according to the load, lowering the initial AC frequency, since the inverter recovers the AC at the desired 60 Hz regardless. Thus, an inverter can operate at lower speeds to feed a smaller load. The results are improved fuel efficiency and lesser noise. e.g. in the scenario above, an inverter generator will produce 100 W to light up a 100 W bulb.

Conventional generators can be heavy and bulky. They often require a metal frame and some wheel mechanism to move smoothly. They are portable, but rather inconvenient when it comes to their size and weight.

Whereas, inverters are usually much more compact and lighter. This makes their transportation effortless. They are easier to pick up and can also fit comfortably in your car, boat, etc. 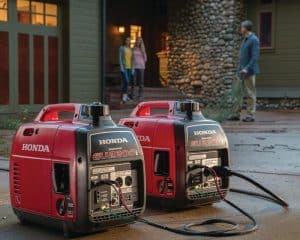 Many inverters such as the Honda EU2200i are parallel capable.

Let’s assume you want to arrange a big party and you need a generator for it, as you require a power of almost 3000 W.

Your first option is a single 3000 W conventional generator. A generator of such rating will be pretty bulky. Its transportation could be a serious headache. In addition, its noise would most likely ruin your experience.

However, you have a second option, which is portable inverter generators, many of which are parallel capable—meaning that several of them may be connected in one circuit to provide more power. In this case, you can use two 1500 W inverter generators and connect them in parallel to obtain the required 3000 W.

Each inverter would probably be less than half the size of the conventional generator and would also be lighter to carry individually. 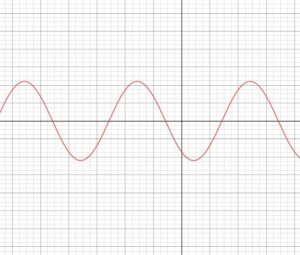 Many of our household appliances contain sensitive electronic components, microprocessors, sensors, etc. These are very sensitive and prone to damage upon fluctuations—which are often produced by conventional generators.

As already mentioned, an inverter first produces AC, which is then converted to DC by rectifiers. This DC is then inverted back to AC using an inverter (opens in a new tab). The conversion of power from DC to AC filters out any ripples or fluctuations, resulting in clean AC power, with a low THD.

However, all of this comes at a price. Although they provide savings in terms of their fuel requirements, their initial cost is higher.

With that being said, the decision between a conventional generator or an inverter is very much subjective.

If you require high power most of the time and you do not intend to use any complicated electronic device, a conventional generator would do just fine!

If you need a generator for household use where you have many electronic appliances, and you also don’t want to disturb your neighbors, then a portable inverter is a way to go! 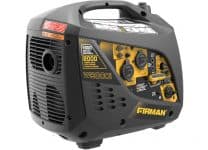